Before we begin the exciting journey of creating a VR/Interactive 360º project, here is some information about how we see storyboarding and creating scenes. 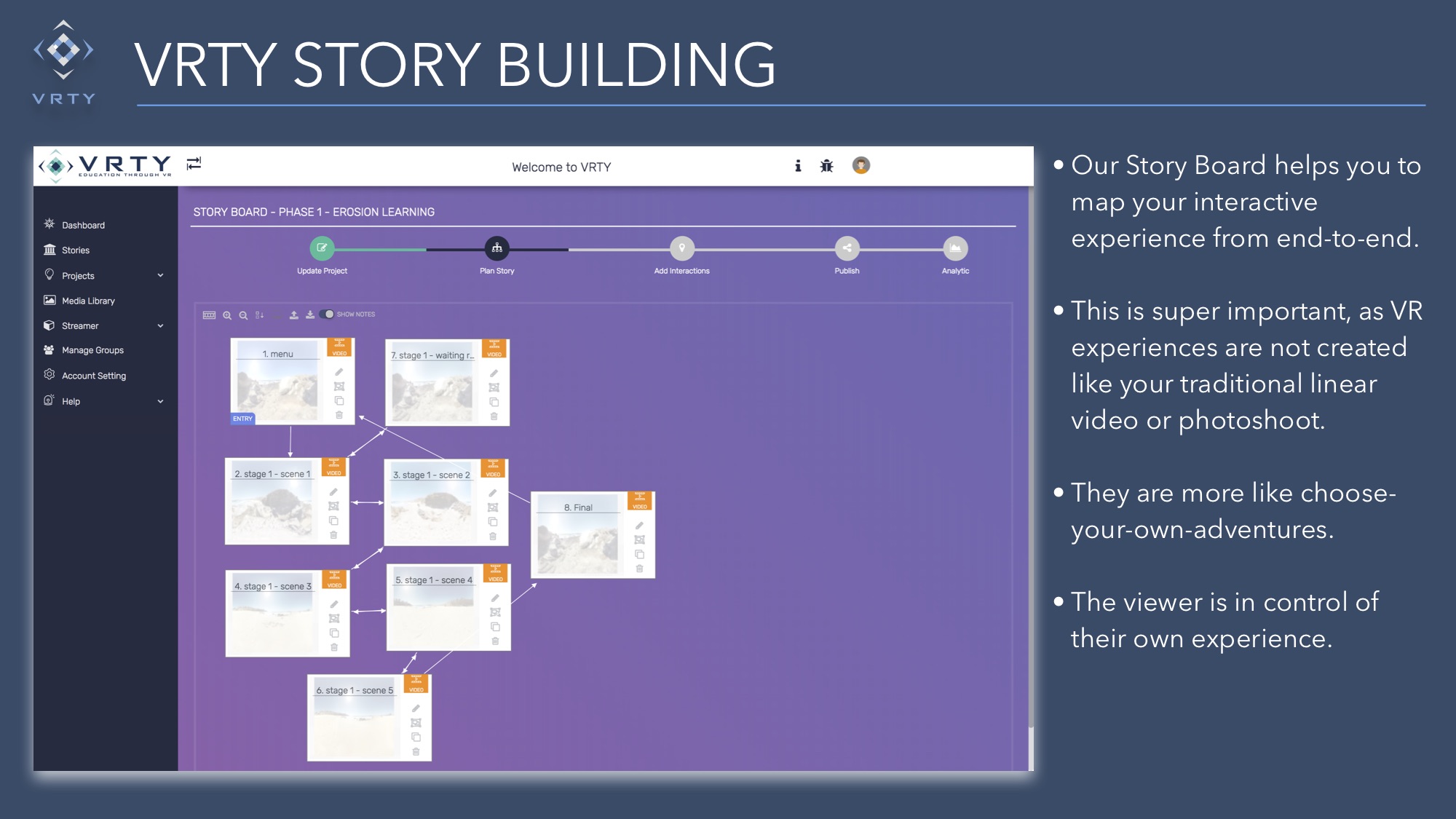 Storyboard: This empty space is in your control to create and map out the flow of your storyboard for your VR/Interactive 360º story (i.e.: see the image above).

The power is in your hand! You can create fun and engaging VR/interactive 360º stories on the VRTY platform.

Creating a storyboard is simple. Here are the steps:

Articles selected for you

Start to CREATE, BUILD, SHARE and ANALYSE your own curriculum-aligned projects.
Go to VRTY Platform